10 Random Things I Learned In College.

It’s that time of year again – a time when thousands of college students graduate and begin their lives in the “real world.” And it got me thinking. Sure I learned tons of super important things. I learned a lot in my classes and lot from my professors. But there were quite a few other lessons I learned as well that they don’t advertise in the student handbook. I’m sure the lessons are different for everyone. For me, they went something like this… 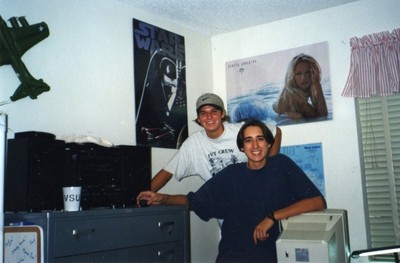 My future hubby was too busy hanging out with his friend and their goofy dorm posters to ask me out.

This entry was posted in Family, Friends, Kevin, Random. Bookmark the permalink.

2 Responses to 10 Random Things I Learned In College.