Little Tom had a very busy third week.  He did crazy things like this… 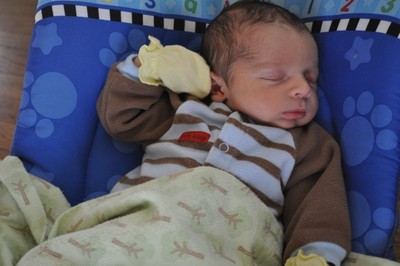 2.  Felt like he was high on drugs.  Okay…I don’t know that he felt like that, but I felt like that after putting him in a colorful outfit and then letting him try out this even more colorful play mat thingy.  If I were him, I’d totally think I was in the middle of some sort of nightmare.  He liked it — proving that he’s either a) Crazy or b) A baby.  I’m hoping it’s just b. 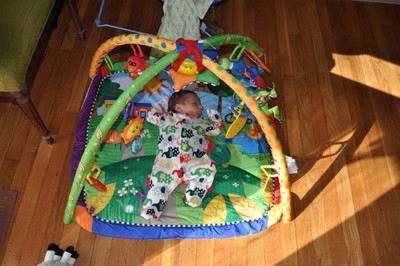 3.  Went on a walk with Aunt Rachel and cousin Matilda.  This was only the second walk we’ve been able to take with him since the weather has been so cold here.  (It’s Georgia — I expect 60s people!)  This particular day it was in the low 50s I think — so I bundled him up like we were visiting Canada.  I think I made him sweat. 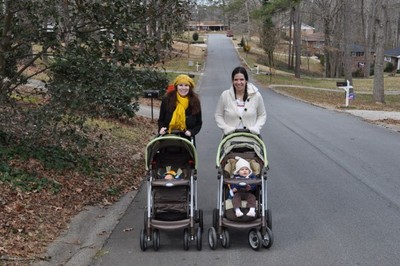 4.  He was able to really meet Matilda.  Although Matilda was at the hospital when Tom was born, she wasn’t allowed in our room or around him because of the hospital’s rules.  So this past weekend, she was able to really hang out with him and touch him.  She was probably just trying to figure out what the heck I had put him in.  For the record, it’s a little pouch that Kevin’s grandmother had made for Kevin when he was a baby.   Hippie. 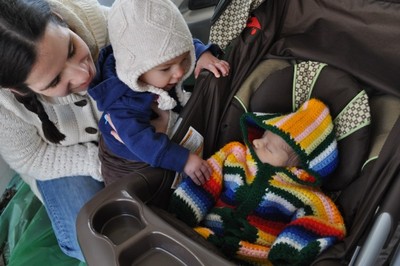 5.  He met his super cool Aunt Robyn.  Robyn is not scared of holding teeney, tiny babies at all!  Which just further proves how super cool she is.  That…and she brought us Arby’s.  LOVE. 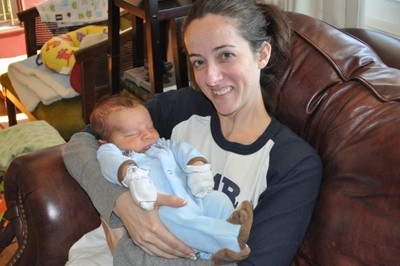 6.  He invaded Huck’s sleeping space.  Now, I wasn’t in the room when this took place.  I had stepped out for a brief moment to get some water and when I returned I found that my husband had placed our child in our other child’s bed.  But it did make me laugh out loud and grab a camera.  Huck loved it.  Shortly after I took this, Huck just curled up and went to sleep like having a human baby in his bed was totally normal.  Thomas, on the other hand, was kind of over it after 2 minutes.  Smart kid. 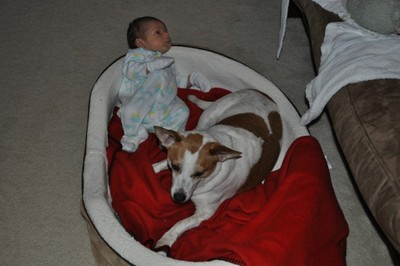 7.  He got cuter.  Is that even possible?!  Yes, yes it is.  And he’s sleeping — proving that I took the advice of all my blog-reading friends.  Thanks! 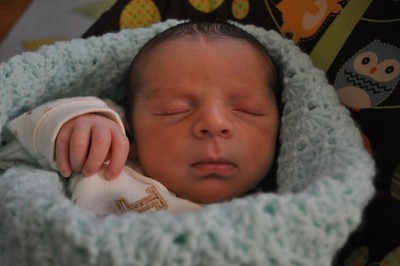 This entry was posted in Tom. Bookmark the permalink.