This is part of a Thursday series I do for Mama Kat’s Writer’s Workshop. This week I chose the show us something you’ve created for Halloween choice.

I am not a person who really had dreams about adulthood.

I had none of those.

I really don’t know why.  My main adulthood dream was that I was sure I would’ve been on Oprah by now.  I pictured her announcing me and me walking out to applause.  But in the 90s because I picture her 90s theme music.

I obviously decided to have a child, even without dreaming about it for years.

And it worked out and I had my little bundle o’ joy earlier in February.

And probably around May, I realized I had another adulthood dream.

When I was a child, my mom made every single one of my Halloween costumes.  As a toddler, I was a cat.  As a 4-year-old, I was a witch.  I was once a fairy princess and she taped a jar of glitter to my aluminum-foiled star wand so when I shook it, glitter came out.

When I got a little older I was more demanding about what I wanted to be. 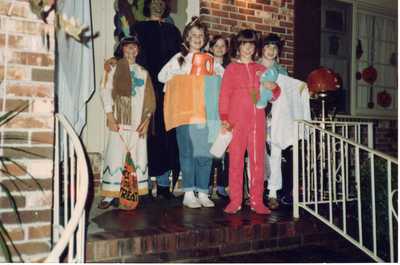 My sister, mom, Nikki, Heather, Hillary and me.  Still friends!

Now, I’m not sure where I got that idea, but I also convinced my friend Nikki to be one as well.  We were hits!

Don’t you love how I post an embarrassing picture and really all you can see of me is my little head?

Although, my hair is embarrassing.

Point being — my mom made all my costumes.  Always.

So having decided to make Tom’s costume, I promptly bought one from Target.

Because I thought it’d be fine and easier and did I really need to make his costume?

So I brought home the lion and I put it on Tom.

And Tom acted like the lion costume was filled with tasers.

Tom wanted me to make his costume.

That’s what he said.

Although he was more like MAKE ME A COSTUME, WOMAN!

We’re working on his attitude.

So I put away the lion costume and searched for ideas online that were titled “easy, crafty, no-sew, cute, boy costume that Kate likes.” 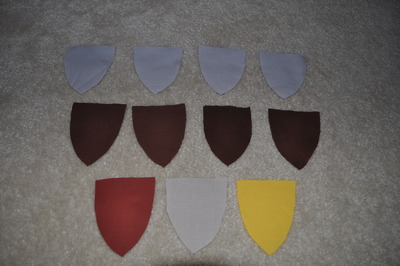 I cut out my feathers while watching The Burbs.  I don’t know if you knew, but that movie is awesome. 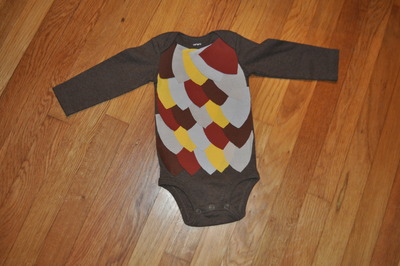 Feathers on a onesie. 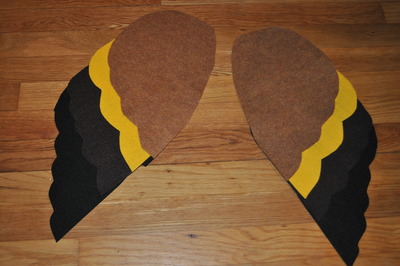 Owl wings made of felt. 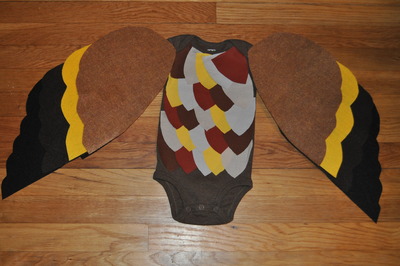 There is no way Tom is going to wear these wings.  No. Way. 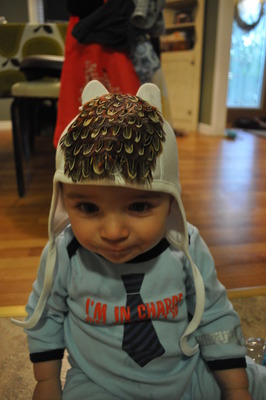 But he will wear his owl hat.

Here’s my hope — he will let me put the entire costume on him for at least 30 seconds so I can take pictures.  There is no doubt in my mind that he will not wear the wings (they detach from the onesie.)  The reason I think this is because when I tried to just put them on him as a test he screamed his head off.

That’s why he didn’t model the wings for you.

So, he’s going to be an owl.  Maybe a wingless owl, but an owl nonetheless.

You think people will give me the candy for my efforts?

Because that’s been my evil plan all along.

This entry was posted in Tom, workshop and tagged tom, workshop. Bookmark the permalink.